Trees and Cows Offer Path to Recovery in Colombia

When Ana Hernandez Diaz was given a plot of land in the province of Atlántico, on the north coast of Colombia, it looked like a barren football field. But it was a first step toward stability for her broken family. Now in the shade of trees, surrounded by green pasture, butterflies and songbirds, it’s possible to imagine renewal and even growth.

Like many other Colombians, Ana was displaced by extreme violence. Two of her sons – ages 18 and 19 – were killed a few days apart in 1997 by unidentified gunmen. “I couldn’t eat anything whatsoever for eight days. I too, wanted to die,” she recalls. Her family was forced to leave Guacamayal, a village in a banana plantation area in Magdalena province, and moved to the large city of Barranquilla. To scrape a living, she prepared empanadas and fried yucca snacks that her children sold in the streets.  But she didn’t feel secure.  “I was anxious whenever I saw a white car with tinted windows,” she says.  Ana eventually connected with a group of displaced people who asked for government support and landed here — a strip of land in a dry tropical zone — in 2006. 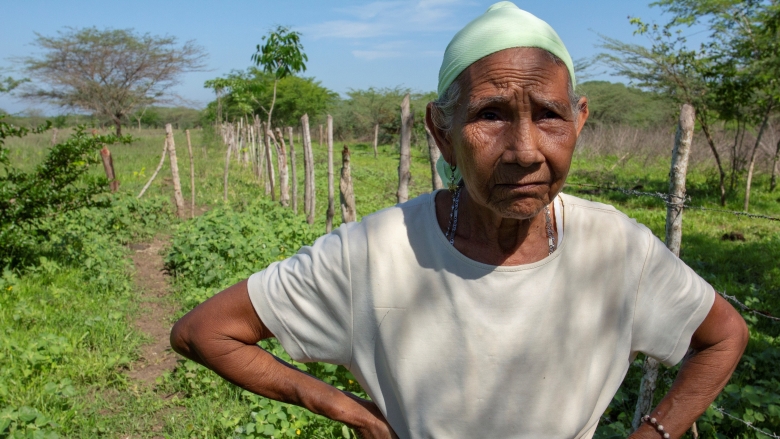 Her farm is part of a 270-hectare area that was purchased from a large landholder and parceled out to 43 displaced families. It is also part of a national experiment to improve the economic, environmental and social sustainability of cattle farming in Colombia.

The Mainstreaming Sustainable Cattle Ranching project, now in its tenth year, has helped 4,100 family farms in five distinct zones of Colombia adopt “silvopastoral” techniques that combine trees (silvo) with pasture, in a beneficial combination for farmers, their cows and the broader environment. Like shade-grown coffee, shade-grown cows are more productive and more sustainable than cows raised in open fields: the shade lowers the animals’ heat stress so they produce less methane, while the diversified vegetation improves their diet and productivity.

To date, about 32,000 hectares have been converted to the silvopastoral system, increasing incomes by up to $523 per hectare / per year and boosting milk productivity by an average of 36.2%. By rewarding farmers through payments for environmental services and encouraging natural regeneration, the project has also contributed to the conservation and enrichment of an additional 21,000 hectares of ecosystems that are key for world biodiversity. The project has helped farmers plant more than 2.6 million trees of 80 different species and sequestered more than 1.2 million tons of carbon.

The World Bank- supported project is implemented by Colombia’s Federation of Cattle Ranchers (FEDEGAN) in partnership with The Nature Conservancy, CIPAV and Fondo Accion, with financial support from the Global Environment Facility and the UK Government. Participating cattle ranchers have also contributed a significant amount of physical labor, time, fencing and compost material to the success of the landscape makeover.

For Ana, planting trees and edible bushes in an area threatened by extreme weather has been difficult but worthwhile: her cows’ milk production has gone up from a low of about 2 liters of milk per cow per day to 4.5 liters today. “My cows would produce much less milk if it were not for the trees,” she says. 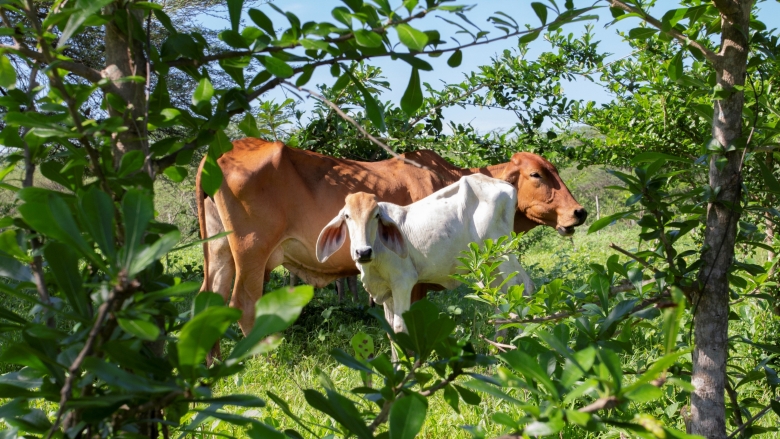 Various forage bushes were introduced by the project for their high protein content and resilience to drought. Her 5.8-hectare plot was divided into six paddocks to allow pasture to recover between grazing. Mobile electric fencing will soon help intensify the system and allow her to feed more animals than the 8 cows she keeps right now, further increasing her income.

Colombia’s prevalent cattle raising system is extensive and inefficient, meaning few cows occupy a large amount of land.  A striking 89% of the country’s farmland is devoted to cattle, with an average of 0.7 head of cattle per hectare, and cattle ranching, often associated with speculative landholding, is an important driver of deforestation. Raising the same number of animals on a smaller amount of land is essential to increase the sustainability of livestock and make space for forest restoration.

Besides saplings and cooperative weather, planting trees on cattle ranches requires a major cultural shift. Cattle ranchers typically cut down trees because they are thought to compete with pasture for sun and water. Even isolated trees are sometimes seen as a problem since cows tend to congregate in their shade, trample the ground and weaken the health of trees. “Falling branches can kill cows,” says Juan Pablo Ruiz, the project’s first Task Team Leader, “so farmers are happy to get rid of trees altogether.”

The silvopastoral system demonstrates that trees, bushes and pasture can, in fact, coexist: the grass is taller and greener under the shade of the feathery Yopo tree (Anadenanthera peregrina) for example, or the fruit-bearing Totumo tree (Crescentia cujete). But it requires patience to convince farmers to give the system a try, particularly if drought or other misfortunes sabotage initial planting efforts.

Once it is established, silvopasture speaks for itself.  When cows have rich vegetation to feed from and ample shade, they don’t congregate or compact the ground as much. Careful paddock rotations allow pasture to recover faster from grazing.  And nutritious bushes such as Boton de Oro (Tithonia diversifolia), Mata Ratón (Gliricidia sepium) and Tilo (Sambucus peruviana) complement cattle diet, improve the quantity and quality of milk, increase reproduction rates, and provide resources that can be cut and saved for the dry season. Through natural photosynthesis, more carbon is also stored in new trees, improved grasses and bushes and, below ground, in improved soils that are richer in organic matter. 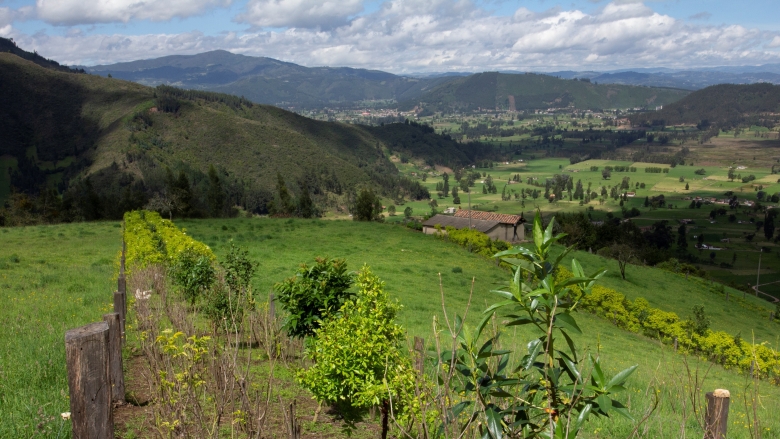 At ‘La Pradera’, a dairy farm perched 2,800 meters high, in the province of Boyacá, it’s easy to understand the appeal of growing nutritious feed right at home. Rows of protein-rich bushes, strategically placed around the 7-hectare farm, save Guillermo Vargas Castañeda and his family a monthly trip down a steep dirt road to purchase feed in town. “We used to buy expensive feed to supplement the grass. We spent about 300,000 pesos ($100) a month on supplements and travel,” says his wife Sandra Cepeda Guatibonza. “Now we can buy food for ourselves instead.” 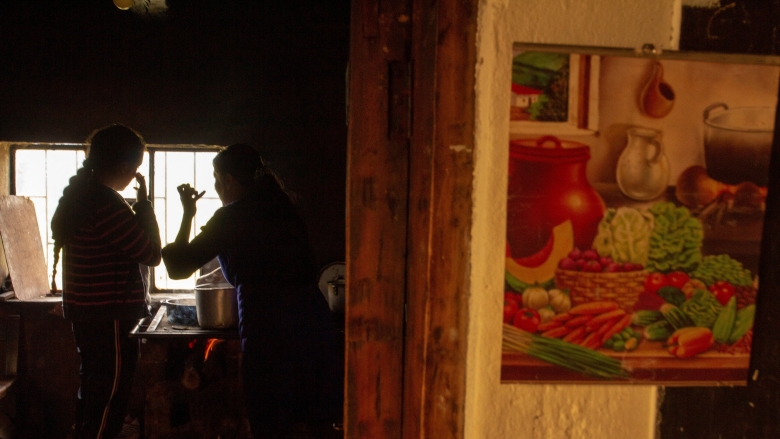 Other impacts are more hidden but impressive.  The presence of trees is beneficial to the dung beetle (Scarabaeus laticollis), which commutes from the base of trees to work in the field. In the cold mountain environment where decomposition is slow, Guillermo used to pay someone to rake cow patties out of the way lest they smother the pasture. Thanks to the beetles, cow patties now disappear “on their own” in about 15 days, making room for new grass.

The trees and forage rows around the farm hum at night with the sweet sound of cicadas. They serve as biodiversity corridors for birds and other animals between the mountain forest above Guillermo’s farm and the patchwork of greenery below.

But more importantly perhaps, they have strengthened his family’s love for rural life.

As she was growing up, Angela Vargas Cepeda, Guillermo’s 23-year old daughter, witnessed the farm’s transformation from a ragged hillside ranch into a verdant and productive hub. “It’s good to see there is a future here,” she says, surrounded by her 85-year old grandmother, her parents and an assortment of parrots, cats and dogs.

A university student completing a degree in information technology, Angela wants to bring further innovation to improve farm performance. “There are thousands of things we could do with sensors and other tools, but livestock software is the most urgent,” she says. 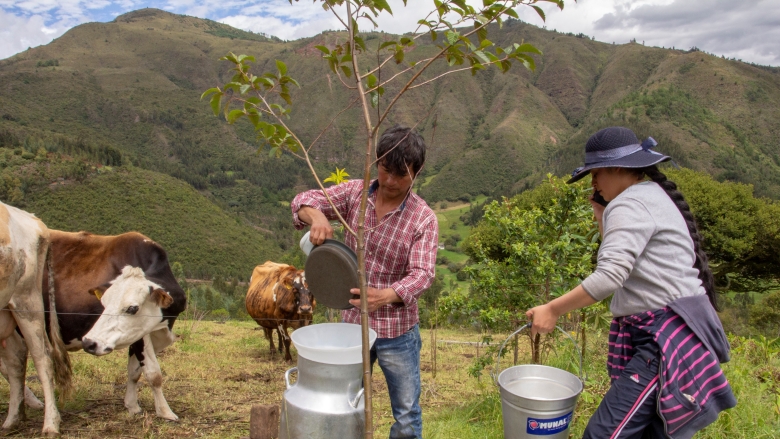 Failing cattle producers is a social problem Colombia can’t afford: The sector provides 28% of rural employment and livelihoods for 514,000 households. “Though only 1% of livestock producers currently use silvopastoral techniques, there is a strong business case for expanding the system to boost cattle productivity while mending Colombia’s social fabric and restoring the land,” says Luz Berania Dias Rios, the project’s current Task Team Leader.

Back on the coastal plain of Atlántico, Ana’s 28-year old son Juan-Carlos Hernandez is hopeful. Although he dropped out of high school two years short of a diploma, Juan-Carlos has received training from the project’s extension team and wants to learn more.  He dreams of gradually increasing the number of cows on five hectares of silvopasture and converting one hectare to fruit trees. “I want to maintain this as a family farm for my children,” he says. The farm is called ‘If They Let Us’, he points out. “If they let us live…If they let us work…It’s a symbol of our hope for peace.” 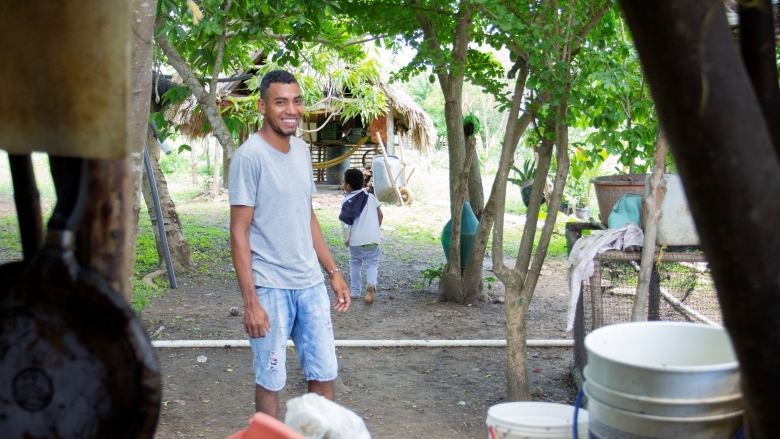